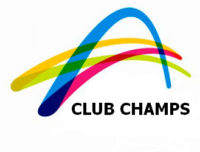 Entries for the Senior Club Championships are now open.  Events are:

Over 40 events will be a knockout or round robin depending on the number of entries.

All events will begin at noon on Saturday and 10:00 am on Sunday.

Entries are now open and will close on FEBRUARY 10.

Our Nicola Proposes Marriage to Grigor Dimitrov after his Big Win at the Australian...