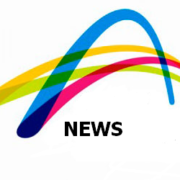 The 2020 Australian Open is a Grand Slam tennis tournament that takes place at Melbourne Park, from 20 January to 2 February 2020. It is the 108th edition of the Australian Open, the 52nd in the Open Era, and the first Grand Slam of the year. The tournament consists of events for professional players in singles, doubles and mixed doubles. Junior and wheelchair players will compete in singles and doubles tournaments. 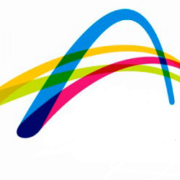 The momentum swings were mind-boggling, but given it was both their first Grand Slam semifinals, it’s hard to blame either player for any mental desertions and strategy struggles. When all was said and done, Barty played the cleaner match for the longer period, with 40 winners to Anisimova’s 41 errors.

Barty got off to a flawless start, winning 12 of the first 13 points. But instead of closing out the set at 5-0, 40-15, she wavered. Anisimova took full advantage and came storming back for 6-5, by swinging freely and hitting the pristine backhand winners that have taken her this far.

“I felt like that happened really quickly then I went away from what was working,” Barty said. “Amanda was so aggressive, she was able to take advantage of that.”

Barty’s normally steady serve, which was so effective against Madison Keys on Thursday, didn’t hold up against Anisimova, dipping all the way below 50 percent on first deliveries. She still had the early edge in the first-set tiebreak at 4-2, but again, Anisimova surged back, winning five points in a row for the set. With full momentum on her side, the 17-year-old American forged ahead to 3-0, extending her run to 17 straight points.

“I was really happy the way I was able to respond at a set and 3-Love and to really turn the match on its head, even though it wasn’t the best tennis in pretty tough conditions,” Barty said. “That’s probably, yeah, what I’m most proud of.”

To her credit, 23-year-old Barty remained perfectly calm. You don’t get to No. 8 in the world without some belief in yourself. She got on the board for 1-3, and then won seven games in a row. It marked Anisimova’s first dropped set of the fortnight.

Tactically, Nadal was the more certain of the two. Whether it was with his serve or his passing shots, he seemed to be one thought and shot ahead of his opponent. Determined not to give Federer openings to attack, Rafa made 81 percent of his first serves; while the vast majority of them went to Federer’s backhand side, he also caught the Swiss leaning the wrong way in the deuce court numerous times.

As for Federer, he tried to serve and volley, he tried to drop shot, he tried to go hard into Nadal’s forehand and move forward, but too often he ended up where he didn’t want to be, at the baseline, hitting backhands from shoulder height. Federer won just 48 percent of his net points, and 39 percent of his second-serve points. As good as Federer’s forehand approaches were—many of them would have won him the point against anyone else—Nadal’s hooking passing shots were still better.

What was different about the 39th meeting between these two were the conditions. The wind swirled through the stadium, blew the clay across the court and into the players’ eyes, and made the balls dive and curve uncontrollably. Normally, that leads to an unsightly match, but for two sets at least, Nadal and Federer made tornado tennis fun as they hacked and chopped and lunged at the ball, and ran each other into the corners. If the wind affected one player more than the other, it was probably Federer, who struggled with his serve and his volleys; he said he was happy just to avoid looking “ridiculous” out there. if anyone’s game is sturdy enough for a hurricane, it’s Rafa’s.

Tuesday Singles (Mixed Venues)
Teams of 1
3 sets of singles, each set is a tie-break at 5-5
Max time 2 hours

Tuesday Mixed (Tennis Valley)
Teams of 2 men and 2 women
Each player plays 1 set of unisex doubles and 2 sets of mixed doubles with the same partner, each set is a tie-break at 5/5
The home team supplies a light supper for the away team

THIS is the moment NASA astronaut Andrew “Drew” Feustel did the seemingly impossible and played a game of tennis on the International Space Station (ISS).

He said: “The challenge is that anytime we move quickly or have to plant our feet or do something forceful with our bodies, it’s truly tough because you can see if I let go of my feet I just start floating.

“So if I’m just in the middle of this module here and I try to swing a racket or hit a ball or do something like kick a soccer ball, I’ve got nothing to plant my feet on.

“So I just start floating randomly and then it’s difficult to put force into anything.”

So not a lot of change for most players??

Express.co.uk
“I play tennis and I try to entertain the crowd. Now, that it might look beautiful to some, I think that comes from having a one-handed backhand.
Roger Federer explains decision to QUIT Rogers Cup in Toronto – Express.co.uk
Swiss tennis star Federer withdraws from Rogers Cup – The Local Switzerland
Roger Federer withdraws from Rogers Cup in Toronto – SkySports
https://www.manlylawn.com.au/wp-content/uploads/2017/08/POST-TennisNews-e1525932928279.png 114 150 Rob Muir https://www.manlylawn.com.au/wp-content/uploads/2017/01/manly-lawn-tennis-club-logo.png Rob Muir2018-07-28 20:59:592018-07-28 20:59:59Roger Federer explains his 'beautiful' tennis style

SINGAPORE — Martina Hingis announced Thursday that she will retire from tennis at the end of this week’s WTA Finals, where she is playing in the doubles tournament with Chan Yung-Jan.

“Looking back now, it’s hard to believe that almost exactly 23 years ago I made my professional debut,” Hingis, 37, said on her Facebook page.

“The years that followed have been some of the most rewarding years of my life, both personally and professionally, but I believe the time has come for me to retire, which I will be doing after my last match here in Singapore.”

The retirement will be Hingis’s third in a long and illustrious career during which she claimed 25 Grand Slam titles — five in singles, seven in mixed doubles and 13 in women’s doubles.

Hingis first decided to end her career as a 22-year-old in 2003 because of persistent injuries after picking up all five of her major singles titles as a teenager. She won three Australian Opens, one Wimbledon and one United States Open from 1997 to 1999.

I though some club members may be interested in the format and new rules at the ATP NextGen finals starting on 7 Nov. in Milan.

I’ve attached the ATP’s info sheet that explains it all (last page below the staff list) and below is the finalized list of players who qualified.  Innovations include no lets, shot clock, player-coach communications….

I’m the ATP’s tournament photographer for the event and leave in a week to cover the Italian qualifying matches to get the 8th player.  The Italian Tennis Federation and Olympic committee are hosting it so they get the wild card.

Chris Kermode (CEO of ATP) wants to experiment with changes to speed up the game and make it more interesting with the NextGen finals as it doesn’t award any points.  I did the NextGen launch party in Rome at the Internazional BNL D’Italia in May and he was telling me that he hoped that some of these may get adopted into the game.

See you at the end of the year,

About the Next Gen ATP Finals
The Next Gen ATP Finals is the season-ending tournament for the world’s best 21-and-Under players. The tournament features the best seven qualified players of the season (as determined by the Emirates ATP Rankings on Monday 30 October, 2017), plus one wild card, battling for US$ 1.275 million in prize money over five days of competition. As well as providing a platform to promote the stars of tomorrow, the tournament will also provide an opportunity to trial new rules and innovation in the sport. The event, run in partnership with the Italian Tennis Federation and the Italian National Olympic Committee, is set to take place in Milan through 2021. 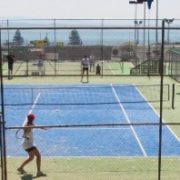