News
You are here: Home / News / Tennis4Life / Preventing Muscle Loss as We Age 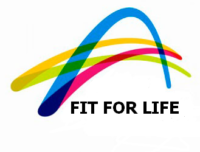 Sarcopenia, a decline in skeletal muscle in older people, contributes to loss of independence.

“Use it or lose it.” I’m sure you’re familiar with this advice. And I hope you’ve been following it. I certainly thought I was. I usually do two physical activities a day, alternating among walking, cycling and swimming. I do floor exercises for my back daily, walk up and down many stairs and tackle myriad physical tasks in and around my home.

My young friends at the Y say I’m in great shape, and I suppose I am compared to most 77-year-old women in America today. But I’ve noticed in recent years that I’m not as strong as I used to be. Loads I once carried rather easily are now difficult, and some are impossible.

Thanks to an admonition from a savvy physical therapist, Marilyn Moffat, a professor at New York University, I now know why. I, like many people past 50, have a condition called sarcopenia — a decline in skeletal muscle with age. It begins as early as age 40 and, without intervention, gets increasingly worse, with as much as half of muscle mass lost by age 70. (If you’re wondering, it’s replaced by fat and fibrous tissue, making muscles resemble a well-marbled steak.)

“Sarcopenia can be considered for muscle what osteoporosis is to bone,” Dr. John E. Morley, geriatrician at Saint Louis University School of Medicine, wrote in the journal Family Practice. He pointed out that up to 13 percent of people in their 60s and as many as half of those in their 80s have sarcopenia.

As Dr. Jeremy D. Walston, geriatrician at Johns Hopkins University School of Medicine, put it, “Sarcopenia is one of the most important causes of functional decline and loss of independence in older adults.”