News
You are here: Home / News / Ask the Pro / Could a Keto Diet Be Bad for Athletes’ Bones? 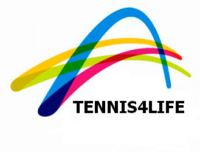 A low-carbohydrate, high-fat ketogenic diet could alter bone health in athletes, according to a thought-provoking new study of elite race walkers and their skeletons. The study, one of the first to track athletes during several weeks of intense training, finds that those following a ketogenic diet developed early signs indicative of bone loss.

The study adds to the considerable existing evidence that how we eat can affect how exercise affects us. It also raises concerns about possible, long-term health impacts from popular diet plans, including a high-fat, ketogenic diet.

Anyone interested in health, wellness, weight loss, exercise, food or best seller lists is familiar, by now, with ketogenic diets. Known more familiarly as keto diets, they are extremely low-carbohydrate, high-fat regimens, with as much as 90 percent of daily calories coming from fats.

Ketogenic diets, if followed scrupulously, reshape how our bodies fuel themselves. Because carbohydrates can be rapidly metabolized, our bodies typically turn to them first for energy, whether the carbohydrates come from our diets or stored sources in our muscles and livers.

But if people follow a low-carbohydrate, ketogenic diet, they soon burn through their stored carbohydrates and their bodies start relying on fat for energy. The fat must be broken down first, however, and, as part of that process, the liver creates substances known as ketone bodies that can be converted into energy.

Ketogenic diets are popular now — as they have been off and on in the past — among people hoping to lose weight, control blood sugar or otherwise regulate their health. Some athletes also follow the diet, hoping that it will improve performance, since fat, as fuel, is ample, slow-burning and long-lasting.

The Big Takeaway From Australia: Men’s and Women’s Tennis Are in Very Different...
Scroll to top