News
You are here: Home / News / Ask the Pro / Here’s How Nadal Plays Tennis Like A Chess Grandmaster 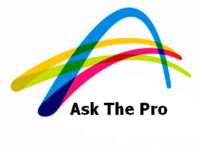 The perfect storm in a tennis match is Rafael Nadal hitting either three of four balls into the court.

Not more. Not less.

Just three or four moves is all it takes for the Spaniard to lure his opponents into checkmate.

An Infosys ATP Beyond The Numbers analysis shows that Nadal is in a class of his own in mid-length rallies of 5-8 shots. The data set is comprised of players who competed in a minimum of 20 matches at ATP events on Hawk Eye courts from the beginning of the 2018 season.

The three rally lengths commonly measured in tennis are:

The inner workings of Nadal’s formidable game can be best understood when it’s dissected by how many shots he ideally desires to win a point. It highlights efficiency and intent.