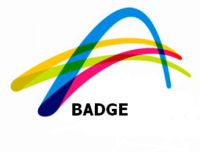 Round 9 was completed last Saturday with our highflying Mens 3 and Mens 7 Teams achieving big wins.

The Mens 3 Team won 6-2 to stay in a runaway first position on the ladder. Steve Nettleton and Steve Wilkinson won 4 sets once again to take their tally to 15 from 16.

The Mens 7 Team had a 7-1 win to remain in second position.Peter Roberts and Stu Charlton won 4 sets again to take their tally to 11 from 12. Tony Hamilton and Roger Ireland won 3 sets.

The Mens 1 Team had a 5-3 victory to enter the top 4 on the ladder. Cameron and Andrew won 3 sets, Todd and Bosko won 2 sets.

The Mens 6 Team had a close 4-3 win to remain in third position with Graham Burman being the star performer.

Three other Mens Teams had 5-3 losses and the two Ladies teams had losses also.

The Thursday Ladies had a washout.

The Saturday Ladies 2 Team and Thursday Ladies Teams are both in third position. With only six teams in their division, both teams need to come first or second to play in the final. There is no semi final.

Good luck to all teams this weekend.

On a personal note, I visited Owen Kennedy at Bupa Seaforth last week. He was in good spirits and doing well. He is staying there for at least another month and welcomes any visitors. You need to have a flu certificate and make an appointment. Owen is keeping up to date with all the Badge scores.

Badge Score Board: Round 9

Badge Score Board: Round 10
Scroll to top