News
You are here: Home / News / Badge / Badge Results Round-4

Round 4 of Badge produced mixed results for our teams with several big wins and a few close losses.

All teams have realised already the closeness of the matches this season and tiebreakers as usual are crucial in deciding matches.

Manly White 4 sets all v Cooper Park 2.  Two reserves were used by Cooper Park who were of a higher grading so we have challenged the result.  Hopefully the ladies will get an 8-0 win. The reserves won their 4 sets. Michelle/Melinda 2 sets Lindy/Jane 2 sets.

Lost 8-0 v Longueville away.  The pairs were Sarah/Emily  Claudia/Lisa Townsend

Ladies3 Division 4 Won 4-3 on games.  A close win to register their first win after some close losses. The competition here is very tough so the ladies should be proud of their effort each Saturday. Narelle/Sue 2 sets Michelle/Jane 2 sets with one unfinished

Mens 4 Division 4 Won 6-2 at home v Strathfield. Another good win to be 2nd on the ladder. Jon/Richard 3 sets Dan/Marcus 3 sets.

Mens 5 Division 7 Won 7-1 v Collaroy away. Bhanu/Alan won 4 sets again Gavin/Henry 3 sets.  This team is one point behind Killara in 2nd position and they play Killara this Saturday. Go Manly!

Mens 7 Division 9 Lost 7-1 away at Cheltenham. Daniel/Shane 1 set Mark/Peter 0 sets. The Cheltenham coach who is a 3+ plays in Division 9 most seasons and never loses a set so Cheltenham will win this grade again this year!

Mens 8 Division 10 Lost 8-0 v Mosman at home. Tony/Stu and David/Lachlan were the pairings.

This Saturday in Division 1Mens , our team plays Voyager at 250pm whilst our two Manly teams play each other in Division 4.

The Ladies 2 Team also has a tough match against Kooroora.

Good luck to all teams this Saturday.

The new bar might be ready for use so come down to the club. 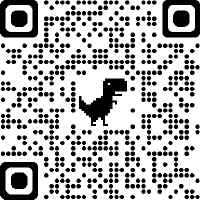 Badge Results Round-5
Scroll to top