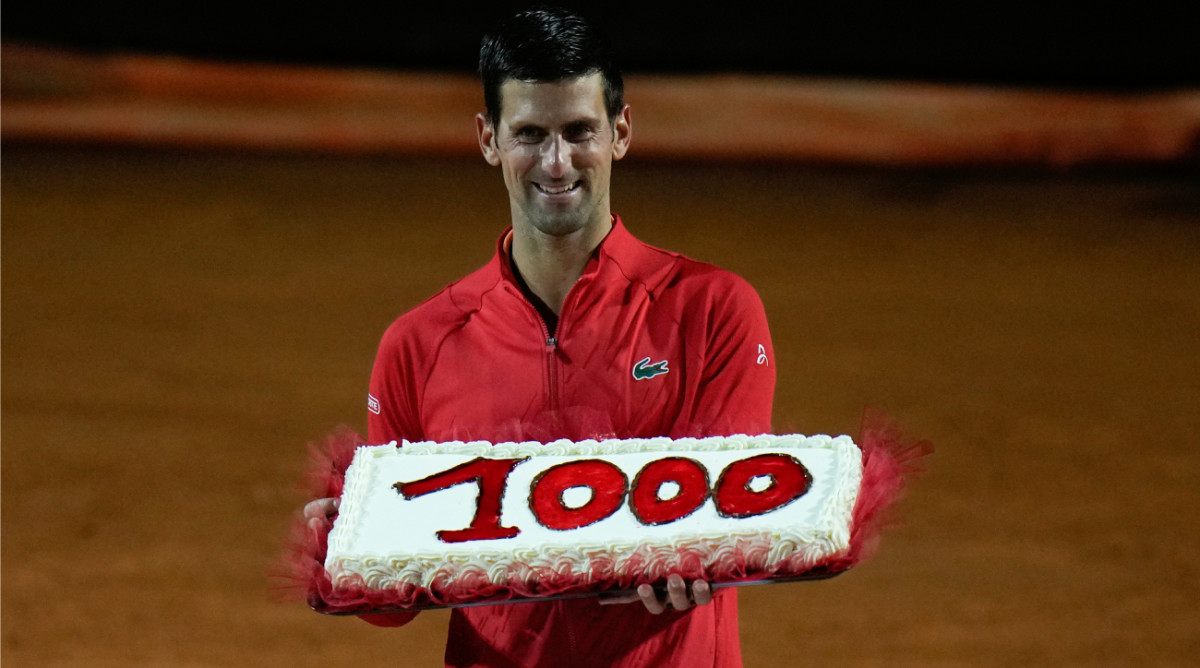 Novak Djokovic, the No. 1-ranked men’s tennis player in the world, added yet another impressive accolade to his resume Saturday following a dominant showing in the Italian Open semifinal.

Djokovic defeated fifth seed Casper Ruud of Norway in straight sets, 6–4, 6–3, to earn his 1,000th career win and advance to his fourth straight final in Rome. The Serbian great will face fourth-seeded Greek star Stefanos Tsitsipas on Sunday as he looks to extend his record ATP Masters 1000 title count with a 38th victory.

Djokovic, 34, now joins Jimmy Connors, Roger Federer, Ivan Lendl and Rafael Nadal as the only members of the 1,000-wins club, making him just the fifth men’s player in the Open Era to accomplish the feat.

“Thanks to the tournament and the crowd for celebrating the milestone with me,” Djokovic said after the match, per ATP Tour’s official website.

“I’ve seen Roger and Rafa celebrate those milestones in the last couple of years and I was looking forward to get to that 1,000 myself. I’m really, really blessed and privileged to have that many victories on the Tour. It’s been a long time, ever since I won my first match on the Tour. Hopefully I can keep going and many more victories to come.”

Djokovic’s landmark moment also inspired a special, emoji-laden response from his wife Jelena, who took to social media to express her excitement for his latest accomplishment.

Djokovic’s upcoming clash with Tsitsipas marks the pair’s first meeting since “The Djoker” notched a dramatic comeback victory over the 23-year-old at the 2021 Roland Garros final. Djokovic owns a 6–2 record over Tsitsipas all time, including a 4–0 mark on clay—the same surface they’ll be competing on Rome.

For the year, Djokovic has posted a 10–4 record, with his last outing prior to Rome ending in a historic semifinal defeat at the hands of Spain’s Carlos Alcaraz at the Madrid Open.