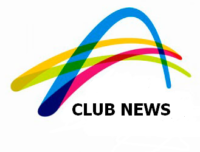 MELBOURNE, Australia (AP) — The Australian Open and all the regular interstate leadup tournaments for the season’s first tennis major will be staged in Melbourne in January in a bid to minimize risks for players traveling and quarantining during the COVID-19 pandemic.

Tennis Australia will transfer the tournaments from Sydney, Brisbane, Perth, Adelaide and Hobart to Melbourne, where a quarantine and practice hub and a bio-secure playing hub will be set up for the sport’s elite players. Australia’s international borders are restricted, and there is still differing domestic traveling restrictions between states.

Tennis Australia said logistics, including draw sizes and scheduling, were being worked through for the weeks ahead of the Australian Open, which is due to start Jan. 18. Mark Handley, who is the ATP Cup general manager and tournament director for the Brisbane International, said the decision to move all Australia’s tournaments to a secure hub was done to provide some certainty for the players and allow them enough time to prepare for the Australian Open.